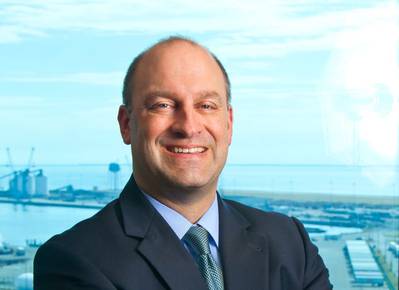 Jonathan Daniels will be the new Chief Executive & Port Director at Port Everglades.

Port of Gulfport (Mississippi) executive director Jonathan Daniels will move east and take the top spot as the Chief Executive & Port Director at Port Everglades, as announed by Broward County Administrator Bertha Henry. Broward’s seaport is a gateway for cargo, cruise and petroleum that is undergoing a $1.6 billion port expansion effort.

Daniels comes to Port Everglades from the Port of Gulfport, Mississippi where he has been the executive director since 2013.

In addition to his maritime experience in Gulfport, where he led a $570 million restoration and expansion project, Daniels also served as the Executive Director of the Port of Oswego in New York from 2007-2013, managing director of the Port of Greater Baton Rouge and Port Director for the Eastport Port Authority in Maine.

Daniels is a graduate of The Citadel where he earned a Bachelor’s Degree in Political Science, and the Maine Maritime Academy where he was a Master of Science Candidate in Maritime Management.