Zac Ward is responsible for creating and maintaining Geographical Information... 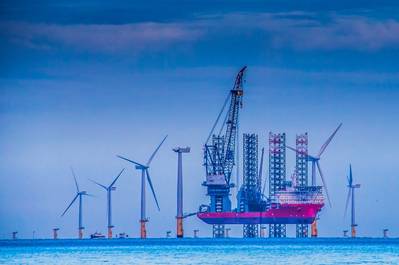 World Energy Reports estimate that more than 100 wind farm installation and maintenance vessels will be required over the next decade. This is due to the proliferation of offshore wind farm projects planned for construction over the next 10 years.

Last year, for the first time ever, offshore renewable projects spending was higher than offshore oil and gas spending with an estimated USD 56 billion sanctioned for renewables compared to USD 43 billion for oil and gas.

The major renewable operators at present are in Europe, with the UK having the most installed wind farms, followed by Germany, China, Denmark, Belgium, and the Netherlands.  This is due to Europe being the current world leader in offshore wind power.

However, the majority of under-construction wind farms are found in China and Vietnam. This may be because the North Sea and particularly the UK/Germany sector already have many installed wind farms.

Within China, South Korea, and Japan, all wind farm installation vessels inside of wind farms (OCV/Liftboat/OSV) were from the host country which suggests governments in China/Japan/Korea will restrict access to home markets to domestic shipyards and owners only.

Installed gigawatt (GW) capacity at present is highest in Europe (19GW) with Asia far behind with an installed Offshore capacity of 5GW. However, when looking at predicted installed capacity for 2030, Asia pulls ahead of Europe with a GW capacity of 126 compared with 78GW in Europe.

When predicted wind farm capacity for 2050 is compared, Asia will have a predicted capacity of 613GW, Europe 215GW and North America 164GW.

VesselsValue data as of July 2021. 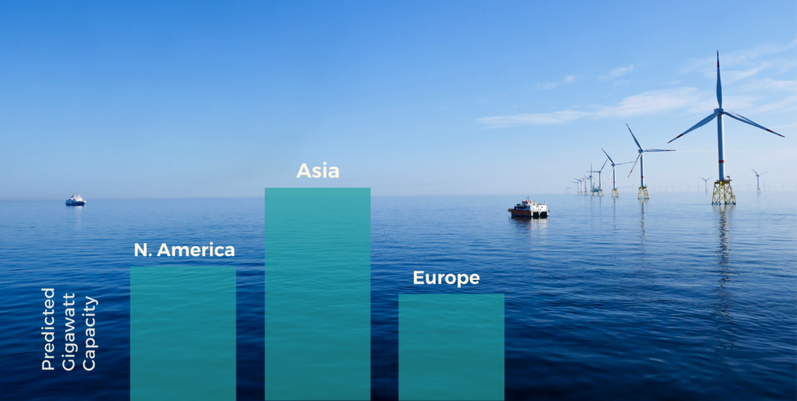