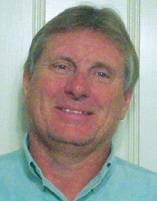 Glover’s career in the maritime industry dates back to 1974 when he completed a four-year apprenticeship as marine machinist for Norfolk Naval Shipyard. He went on to work as both a shipbuilder and operational manager with SUPSHIP Portsmouth and Bluewater Yacht Sales before dedicating 13 years to the Naval Surface Warfare Center, Combatant Craft Division (NSWC CCD) as a Mechanical Engineer Technician. While at the NSWC CCD, Glover worked directly with many members of Willard Marine, personally overseeing development and implementation of mechanical modifications, upgrades and alterations on U.S. Navy Small Crafts.