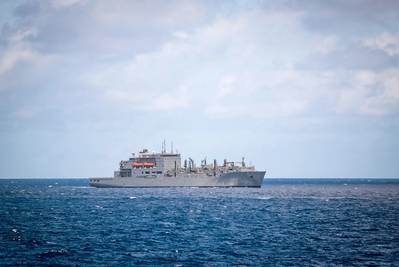 The owner and Chief Executive Officer of a South Korea–based company, DK Marine, that provided ship husbanding services to the U.S. Navy pleaded guilty for his role in a bribery conspiracy.

Sung Yol “David” Kim, 49, a citizen of the Republic of Korea, pleaded guilty to one count of conspiracy to commit bribery before U.S. District Judge Mark A. Goldsmith of the Eastern District of Michigan. Sentencing has been scheduled for November 17, 2020, before Judge Goldsmith.

Pursuant to his guilty plea, Kim admitted that between October 2013 and January 2014, Kim conspired with James Russell Driver III, a civilian U.S. Navy cargo ship captain, and another civilian U.S. Navy employee to have Kim and his company provide husbanding services for Driver’s ship during a December 2013 port visit in Chinhae, Republic of Korea, in violation of appropriate U.S. Navy husbanding procedures. Driver also provided Kim with confidential and other proprietary, internal U.S. Navy information. In exchange, Kim paid bribes to Driver, including personal travel expenses for Driver and his family. Driver pleaded guilty for his role in the conspiracy in March 2019.