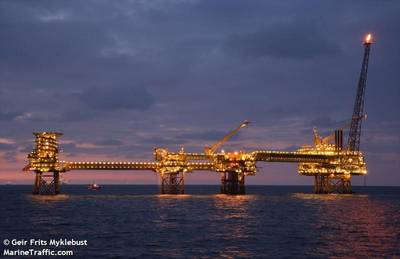 TotalEnergies said on Thursday it had observed "unauthorized drone activity" near one of its offshore oil and gas installations in the North Sea.

Denmark, has like other countries in the region, raised its safety level for its power and gas sector after several countries said two Russian pipelines to Europe spewing gas into the Baltic Sea had been attacked.

"There have been observations of unauthorized drone activity at the Halfdan B oil and gas field in the North Sea," a spokesperson said in a written comment, adding the activity had been observed on Wednesday.

"We have taken the necessary steps in accordance with our security procedures and are in close dialogue with the authorities."