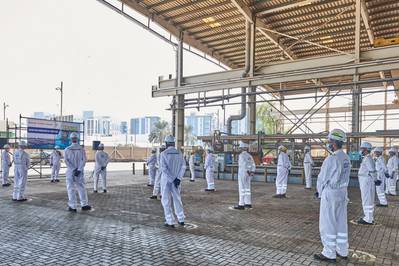 Dubai's Drydocks World has begun work on a part of a turret mooring system for Jotun FPSO, for Bluewater Energy, with the end client being Var Energi in Norway.

Namely, Drydocks said Wednesday it had held a steel-cutting ceremony to mark the start of production of the turntable project for the FPSO.

According to the company, this turntable is part of a Turret Mooring System (TMS) for the Jotun A FPSO, which will be permanently moored and operated at the Balder field in the Norwegian Sector of the North Sea.

The turntable is 24 meters in diameter and 10 meters high, weighing around 925 tons. The work on the project will require around 275,000 man hours to complete the fabrication and testing works, Drydocks said.

The scope work for Drydocks World includes bulk procurement, fabrication engineering, assembly, inspection, mechanical completion, testing, and load-out of the Turret Turntable. The project is scheduled to be delivered by the mid of 2021. 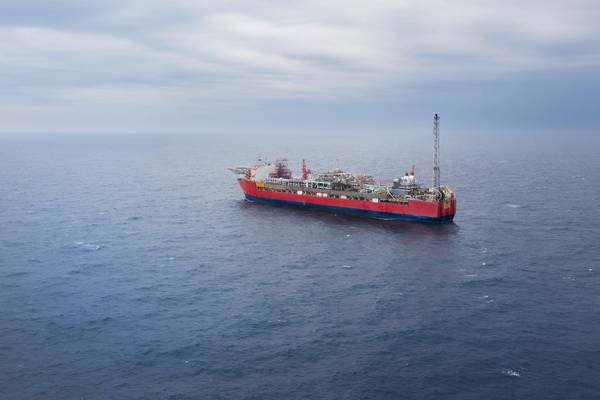 As said earlier, the company is fabricating the turntable for Bluewater Energy Services.

The Jotun FPSO life extension is part of the Vår Energi Balder Future project which entails the drilling of 13 new production wells in the Balder area, which will extend the life of the field by 2045, giving Norway’s oldest license a lifetime of 80 years.

The Jotun FPSO has been disconnected from its offshore location and brought to shore for its upgrade to support extended operational life.

The overall upgrade of the Jotun FPSO includes an overhaul of the turret, pipes, process equipment, hulls, marine systems, living quarters, control, and security systems. Staffing at Rosenberg is estimated at 1 200 people at most.

The “new” Jotun FPSO is scheduled to be re-installed between Balder FPSO and the Ringhorne platform during the summer of 2022.