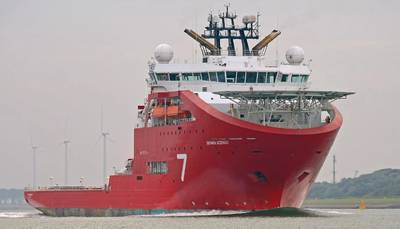 Offshore vessel operator DOF Subsea has received a notice of early termination of a two-year charter contract for its vessel Skandi Acergy.

The notice period is 60 days, and the termination of the charter contract for the construction / flex-lay vessel will be effective on 1 July 2020.

While DOF Subsea did not name the client and just said that the notice of termination came from "an international client," its annual report reveals that Skandi Acergy offshore construction vessel had the contract with Subsea 7 until Q2 2022.

Apart from the contract termination, DOF has managed to secure a ploughing contract for its Skandi Skansen vessel, with the start of the contract "later this year." Skandi Skansen is a large Anchor Handler / Installation vessel owned by DOF Installer ASA. DOF Subsea did not say who the vessel will be working for.

Also, DOF Subsea has said it has won a 6-month firm contract for one of the older Construction Support Vessels with an international client.

"The client has options to extend the contract by up to 12 months," DOF Subsea said, without providing any further details on the client, vessel, or the location of deployment.