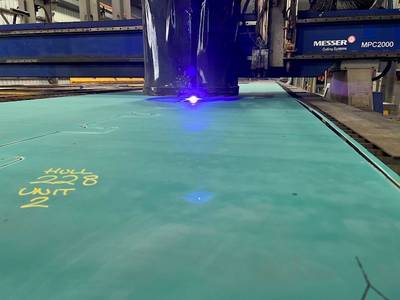 The new vessel, designed by Braintree, Mass.-based Gilbert Associates, is being constructed at Eastern's Allanton, Fla. shipyard and is scheduled for delivery in 2024.

The 302-foot Subchapter H auto and passenger ferry will operate between Bridgeport, Conn. and Port Jefferson, N.Y. It will have capacity for 1,000 passengers and 124 cars, or a combination of cars and up to six trucks, and will be capable of operating at 17 knots.

The newbuild is based on the P.T. Barnum and Grand Republic auto and passenger ferries that Eastern previously constructed for McAllister Towing and Transportation Co, owners of the Bridgeport & Port Jefferson Steamboat Company. Eastern has constructed more than a dozen vessels for its long-time customer McAllister.