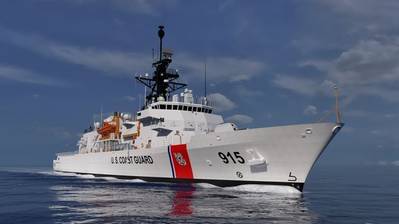 The 360-foot vessel is the second of the Heritage-class OPC being built by Eastern to replace the Coast Guard's 210-foot and 270-foot Medium Endurance Cutters. The series' first vessel, USCGC Argus, is scheduled to be delivered in 2022.

“Here at Eastern we start each day with the recognition that we are building a new era of cutters for the young women and men of the United States Coast Guard who will sail in them on critical National Security missions for decades to come. From our 1,300 family members to your nearly 60,000 active duty, reserve, and civilian workforce… our pledge remains the same – these cutters will always get you home,” ESG president Joey D’Isernia said during Monday's ceremony.

The Coast Guard has plans to build at least 11 OPCs, designed to conduct multiple missions in support of the nation’s maritime security and border protection. The OPC will provide a capability bridge between the national security cutter, which patrols the open ocean in the most demanding maritime environments, and the fast response cutter, which serves closer to shore. The OPC design includes the capability of carrying an MH-60 or MH-65 helicopter and three operational Over The-Horizon small boats. The vessel is also equipped with a highly sophisticated combat system and C5ISR suite that will enhance capabilities to execute the service’s missions. 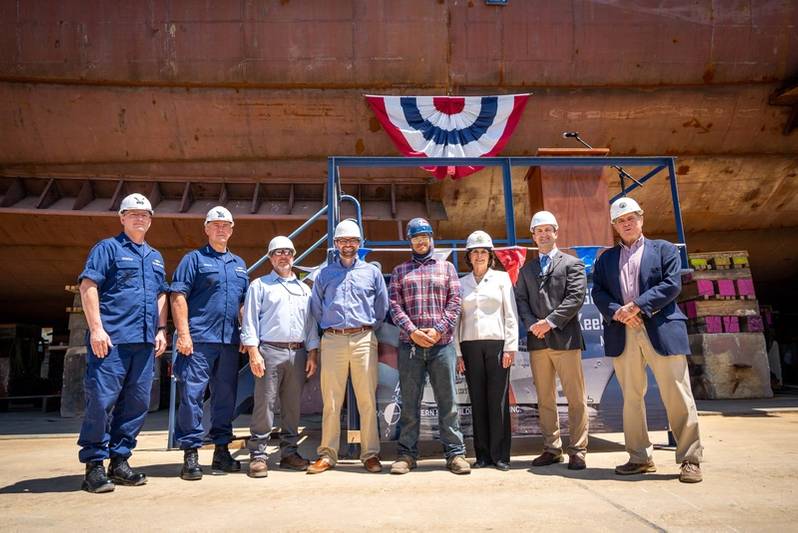