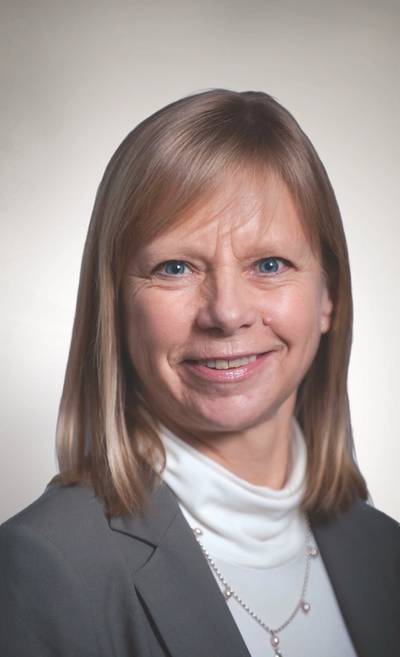 ABS, a provider of classification services to the global marine and offshore industries, announced the election of ABS Europe and Africa Division President Dr. Kirsi Tikka as a Foreign Member of the United States National Academy of Engineering (NAE).

The invitation to become a Foreign Member of the NAE is a result of Tikka’s contributions leading to internationally recognized standards for ship structural design, construction and maritime safety.
“Industry needs professional organizations like NAE to provide leadership for the engineering profession and to promote technological advancement,” said ABS Chairman, President and CEO Christopher J. Wiernicki. “Election to this prestigious organization is among the highest professional distinctions accorded to an engineer. I congratulate Kirsi on this accomplishment.”
NAE consists of more than 2,000 peer-elected members and foreign members, senior professionals in business, academia, and government. As a Foreign Member, Tikka will provide input and guidance for numerous projects focused on the relationships between engineering and technology.
Tikka and the other Foreign Member inductees will be inaugurated at the NEA Annual Meeting on October 9 in Washington, D.C.
As ABS Europe and Africa Division President, Tikka is responsible for day-to-day operations throughout Scandinavia, Northern and Southern Europe, the UK, the Mediterranean region and Africa. Her prior assignment was Vice President and Chief Engineer where she led the ABS Environmental Solutions Group, whose innovative solutions support environmental initiatives and maritime operations in harsh environments.
Before joining ABS in 2001, Tikka was professor of Naval Architecture at Webb Institute in New York. In addition to teaching, she carried out research on structural strength of tankers and risk analysis and was actively involved in the United States National Research Council Marine Board studies on double hull tankers. She also has worked for Chevron Shipping in San Francisco and for Wartsila Shipyards in Finland.
A native of Finland, Tikka earned a Master’s degree in Mechanical Engineering and Naval Architecture from the University of Technology in Helsinki and a Doctorate in Naval Architecture and Offshore Engineering from the University of California, Berkeley. She is a Fellow of the Society of Naval Architects and Marine Engineers and of the Royal Institution of Naval Architects.