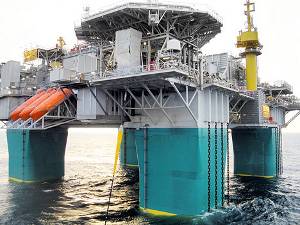 On Sunday, July 11, Statoil switched on the power, making Gjøa Norway’s first floating platform to get electricity from the mainland.

“This is a good example of how Statoil can play a part in solving some of the climate challenges in collaboration with the supplies industry,” said Bjørn Midttun, head of subsea installations, pipelines and marine operations on the Gjøa field.

Statoil had considered supplying the platform with electricity from the mainland, right from the start of the Gjøa project. And the world’s longest alternating current cable to be installed in one piece and with such high voltage is now a reality.

The electricity comes from Statoil’s Mongstad facility, north of Bergen.

Present calculations show that Statoil will avoid 210,000 tonnes of carbon dioxide (CO2) emissions per year by providing the Gjøa platform with power from shore. This is the equivalent of the annual emissions by about 100,000 cars. The alternative would have been a traditional solution using gas turbines on the platform as electricity generators.

Statoil and the contractor ABB have worked together for several years to develop a technology which makes it possible to replace the gas turbines on board a floating platform with a power cable from land.

The platform will require a maximum of 40 megawatts of electricity from land. The 90,000-volt cable is 100 kilometres long. It comprises a static and a flexible part. Running between the seabed and the floating platform, the flexible part of the cable has been the biggest challenge. The necessary technology did not exist before and had to be developed through the Gjøa project.

Statoil has been the operator for Gjøa in the development phase. In the fourth quarter of 2010 GdF Suez takes over the production phase as its first operatorship for a field on the Norwegian continental shelf (NCS).