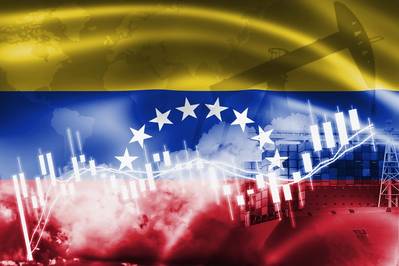 Three large crude carriers (VLCCs) chartered by units of Russian oil major Rosneft to transport Venezuelan oil left Caribbean waters empty on Saturday after the cargoes were canceled due to sanctions, according to Refinitiv Eikon data and a document from Venezuelan state-run oil firm PDVSA.

The vessels - which would jointly export some 5.7 million barrels of Venezuelan heavy crude to Asia - had waited for weeks near Venezuelan waters to load, but the cargoes were canceled this week due to sanctions on PDVSA and Rosneft's trading units, according to a PDVSA export program.

Following weeks of severe oil price falls amid declining demand, oil producers around the world are looking for tanks to store output, with some of them opting for using vessels as floating storage.

The tankers' move occurred the same day that Rosneft announced its withdrawal from its oil projects in Venezuela through a coordinated sale of assets to a un undisclosed company controlled by the Russian government.