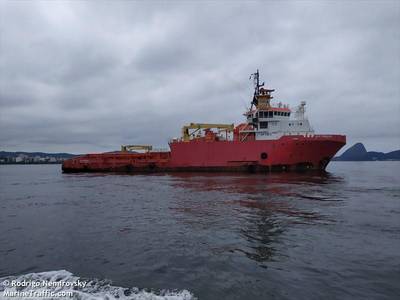 Solstad Offshore said Tuesday it had struck a deal with Enauta for the charter of the 2006-built AHTS Normand Turmalina (previously known as BOS Turmalina).

Enauta will continue using the vessel it first chartered back in August 2017 to support operations at its Atlanta oil field in the Santos Basin, offshore Brazil.

The Atlanta field has been producing oil via Petrojarl I FPSO - as an early production system. Enauta in March launched the bidding process for the FPSO for the full development of the Atlanta field.

Enauta said at the time that it expected the FPSO bidding process to take 10 to 12 months, with companies with demonstrated expertise in developing similar projects invited to participate.

The bidding considers an FPSO with a processing capacity of 50 thousand barrels of oil per day, to which 6 to 8 producing wells, including the three wells already operational in the Petrojarl I FPSO, will be linked.