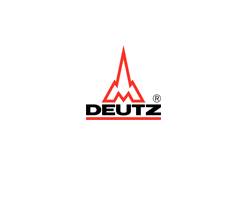 
This year, the City of Cologne and DEUTZ AG are awarding the seventh Nicolaus August Otto Prize for Innovation of the City of Cologne. The prize was named after DEUTZ's founder in 2008 and comes with prize money of €30,000. The competition is open to inventive residents of Cologne who have innovative ideas to present. These ideas can come from a variety of fields: last year, they included outstanding concepts in medicine and technology, for example. A panel of judges, which includes DEUTZ's Chairman of the Board of Management Dr Helmut Leube, will select the winners on 9 November 2011.

"DEUTZ's history is inextricably linked with invention. After all, it was Nicolaus August Otto who launched the motorisation of the world when he invented the four-stroke engine in 1864," said Dr Leube during today's press conference in Cologne town hall, at which the
city's mayor Jürgen Roters launched the competition. "We are therefore delighted to be able to actively support innovative inventors again this year by awarding the Nicolaus August
Otto Prize for Innovation of the City of Cologne."