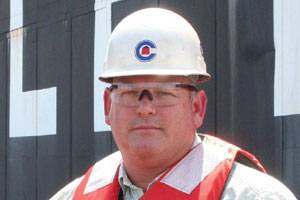 Crowley Maritime Corporation announced that Jim Gillen has been promoted to vice president of engineering for the company's petroleum services, marine services and petroleum distribution groups.

"Jim's background in port engineering and terminal and marine operations makes him a valuable asset to the engineering team," said Tom Crowley, chairman, president and CEO. "This promotion continues our strategy of leveraging the expertise of our people across business lines to better facilitate the company's growth."

Gillen joined Crowley in 1981 as an engineer trainee aboard a Crowley vessel. He was promoted to chief engineer a year later and moved ashore as assistant port engineer in 1983. Throughout his career, he has held positions of increasing responsibility in engineering, marine operations and terminal operations. He moved to Jacksonville from San Juan, Puerto Rico in 2001 to assume his most recent role as director of marine operations. Gillen holds a degree in marine engineering from Massachusetts Maritime Academy.