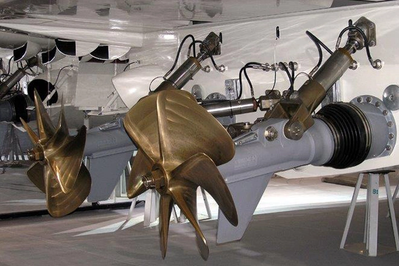 By use of exacting sensors, the programmable MasterTrim control system automatically adjusts the position of Arneson Surface Drives and trim tabs or interceptors for maximum efficiency and performance. It has operator selectable modes to fine-tune trimming response based on sea conditions and vessel loading—freeing the helmsman to focus on safe navigation. MasterTrim will be available on Arneson ASD08, ASD10, ASD11, ASD12 and ASD14 models starting in 2018.

Arneson Surface Drives feature a surface-piercing design. The drive's skeg and propeller blades are the only components to contact the water. This reduces underwater drag by 50 percent, compared to traditional marine propulsion. The system was developed for high-performance offshore racing boats, but has been adopted by commercial and military vessels for its blinding speed and fuel efficiency.