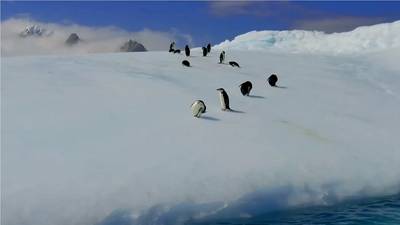 Following the launch of International Maritime Organization (IMO)’s film on the IMO Polar Code, a new video (watch video here) focused on search and rescued in polar regions is being published.

The second video in a series on IMO in the polar environment takes a closer look at the challenges of search and rescue operations in polar regions, for example, how the current lack of marine infrastructure, coupled with the vastness and harshness of the environment, makes emergency response significantly more difficult in the Arctic and Antarctica.

The limitations of radio and satellite communications to monitor and control ship movements in polar waters is another issue. The new video also explores IMO’s International Convention on Maritime Search and Rescue – the SAR Convention – which was adopted by IMO in 1979.

Under the SAR Convention, individual countries are responsible for specified search and rescue regions, together forming the Global Search and Rescue Plan. A network of rescue co-ordination centres and sub-centres has been established and, together, they cover all the world’s oceans.

The video also features an exclusive interview with Commander Rodrigo Lepe, former Chief of the Chilean Navy base at Bahia Fildes on King George Island in Antarctica. The interview highlights the unique challenges he and his team face to ensure sound search and rescue practices in such a remote and inhospitable area.

A first video explaining the Polar Code was published in May 2017 and can be re-watched here.