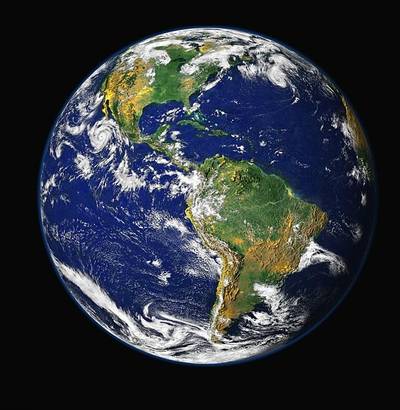 Europe has launched the first satellite of its multibillion-euro 'Copernicus' Earth observation project that will supply valuable images in the event of natural disasters, ocean oil pollution, or even a plane crash.

The Sentinel-1a satellite, which blasted off into Earth's orbit from Europe's spaceport in French Guiana, carries a 12-metre-long (40-foot-long) radar antenna and has two 10 metre-long solar panels, and is now orbiting the planet at 693 km (439 miles) above the earth.

The Copernicus project, for which the European Union and the European Space Agency (ESA) have committed funding of around 8.4 billion euros ($11.5 billion) until 2020, is described by the ESA as the most ambitious earth observation programme to date.

"The Sentinels will keep a watchful eye on our planet," Thomas Reiter, ESA director of human spaceflight and operations and head of the ESA's satellite control centre ESOC, said at the launch event in the German city of Darmstadt near Frankfurt, where ESOC is based.

The launch of the Copernicus project became especially urgent after Europe lost contact with its Earth observation satellite Envisat in 2012 after 10 years.

"The big step forward is that we can now cover every place on Earth every three to six days," Volker Liebig, director of ESA's Earth Observation programme, said ahead of the launch.

"This used to take much longer with Envisat. If you want to use images for disaster management support or to find a plane, then you want the images to be as fresh as possible." But he cautioned you would first need to know roughly where a plane had crashed, which is not the case with the missing Malaysian Airlines jet.

Chris Reynolds, director of the Irish Coast Guard in Dublin, said authorities needed more satellite images and data delivered as quickly as possible to catch "the bad guys", such as people who purposely dump oil from their ships into the sea. "At the moment, it's very difficult to find out who has the data and to know what level of trust you can place in it," he said before the launch.

Sentinel-1a, which will operate in tandem with a second satellite to be launched next year, Sentinel-1b, has high-tech instruments that will allow it to record radar images of Earth's surface, even when the skies are cloudy or dark. As part of the Copernicus program, there will be 17 launches over the next decade.