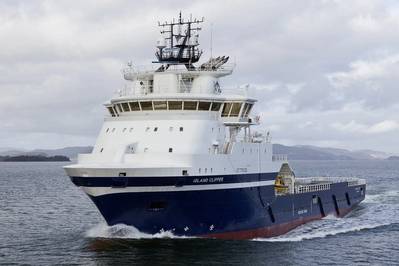 Equinor and Island Offshore had in 2018 signed a three-year contract /with options to extend) for the use of the vessel both as a PSV and a walk to work vessel, with the contract starting in April 2019.

Island Offshore on Monday via social media announced that the contract would be extended for another year, keeping the vessel busy until Spring 2023.

The vessel has the capacity to accommodate 60 people and is the first vessel in the Island Offshore fleet to be equipped with an Energy Storage System (ESS) including shore connection to reduce fuel use and emissions.

Island Offshore said in December 2019 that a larger gangway would be delivered to the vessel by Uptime in the spring 2020, increasing the capacity and operability of the Island Clipper.