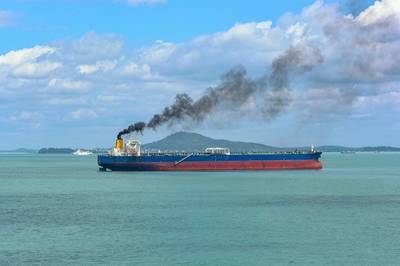 The European Union will push for tougher standards to cut the CO2 emissions intensity of ships at a meeting of the United Nations' maritime agency next week, a senior official said on Thursday.

The International Maritime Organization (IMO) will next week discuss measures to steer shipping towards its pledge to halve shipping's greenhouse gas emissions by 2050, from 2008 levels.

Among them are standards requiring ships to reduce their CO2 intensity. An IMO working group has proposed an 11% carbon intensity cut by 2026, from 2019 levels.

That does not go far enough for the European Commission, which wants standards that cover the full decade to 2030.

"We will be clear. We need certainty about the reduction target after 2026, all the way to 2030," Magda Kopczynska, the Commission's director for waterborne transport, said in a meeting with lawmakers from European Parliament.

"Such uncertainty does justice neither to the agreed regulatory framework, nor to the IMO strategy," she said of the plan to not set goals beyond 2026.

The EU says the IMO's own targets require at least a 21.5% cut in CO2 intensity for ships by 2030. Other countries fear tougher targets could hamper global trade or increase logistics costs.

An IMO spokeswoman said the issue was up for discussion at next week’s session and the IMO's more than 170 member states could give their points of view.

The EU's climate targets are more ambitious than those of the IMO, with the bloc aiming to eliminate its net emissions by 2050. Shipping is seen as one of the trickiest sectors to decarbonize, with industry groups citing a lack of commercially viable low-carbon technologies, which are still years away from widespread use.

Brussels will next month propose policies to curb shipping emissions, including a plan to add the sector to the EU carbon market - requiring ships to buy permits when they pollute.

The Commission has not yet confirmed if it would cover emissions from voyages within Europe or international trips that begin or end in the EU. (Reporting by Kate Abnett, additional reporting by Jonathan Saul; Editing by Steve Orlofsky)