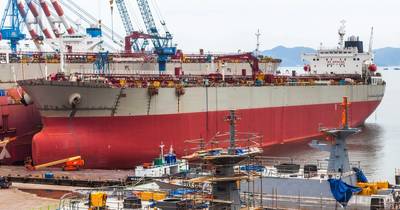 EU antitrust regulators have restarted their investigation into world No. 1 shipbuilding group Hyundai Heavy Industries' $1.8 billion merger with Daewoo with a decision due by September 3.

The European Commission, which warned in December that the deal to create a company with a 21% market share could push up prices, halted its probe on March 31 while waiting for the companies to provide information.

The EU competition enforcer had said then that European shipping companies, among the two shipbuilders' biggest customers, may be affected by the deal.

Hyundai and Daewoo, which make large container ships and carriers of oil, liquefied natural gas and liquefied petroleum gas, are under pressure to offer concessions to address such regulatory concerns.