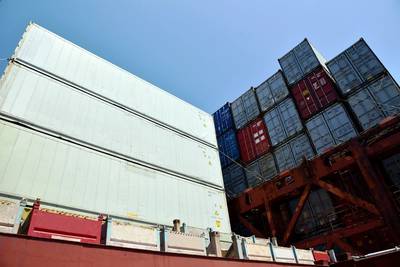 Predictive Maritime Intelligence company Windward said it has partnered with The Maritime Analysis and Operations Center-Narcotics (MAOC (N)), an EU Law Enforcement unit created to respond to the threat of illicit drug trafficking by maritime and air conveyances.

With air traffic down due to COVID-19, drug smugglers are relying heavily on maritime shipping to transport illegal contraband around the world, and Windward said its maritime intelligence platform will give MAOC(N) and its member countries a technological edge in Europe’s fight against drug trafficking in the Atlantic and Mediterranean maritime domain.

MAOC(N) is using Windward’s advanced maritime intelligence platform to improve the center’s capabilities to profile and monitor vessels of interest, collaborate globally across borders, as well as to enhance its data and intelligence, ultimately aiming to track down illicit trafficking before the smuggled goods reach Europe’s shores.

MAOC(N) produces sensitive intelligence reports on these activities, and is reliant on accurate, open-source data that is ultimately admissible in a court of law.

European and other global authorities face many challenges when protecting maritime borders, ranging from information overload, an incomplete picture, fragmented data and more. Windward said it bridges this gap by leading a shift in the global maritime industry from reactive decisions to Predictive Intelligence. It provides a comprehensive, real-time view of the maritime ecosystem that is easily integrated into existing sources, systems and workflows.

“Windward’s maritime Predictive Intelligence solution is powerful, highly accurate and has become an integral component in our fight against drug smuggling throughout Europe,” said Michael O’Sullivan, Executive Director of MAOC(N). "We are using Windwards’ AI platform to monitor illicit maritime activity and the AIS data has proven to be of the highest quality. Combined with our existing analytics we have significant visibility into the broader maritime landscape, enabling MAOC(N) to collaborate globally and across borders.”

Windward’s Predictive Intelligence is powered by MAIA (Maritime Artificial Intelligence Analytics) and is based on 300 behavioral analytics models and over 10 billion data points collected over the span of eight years, giving authorities the power to make smarter decisions, faster. Relying on thousands of case studies and a vast array of parameters including vessel routes, speeds, and unusual changes in course, MAIA️ analyzes existing behaviors to predict in real-time which vessels are likely to be involved in illicit activities. Windward’s solution is the new global standard in maritime control, enabling government bodies to protect their borders, national interests, and citizens by minimizing illicit activities.

Ami Daniel, CEO of Windward, said, “Europe has over 65,000 kilometers of coastline, a huge door for potential smugglers, sanction breakers, and illegal traders to enter. Using Windward’s technology, MAOC(N) and other authorities can now have a clear view of global maritime trade and obtain real-time intelligence into which vessels are deemed safe and which are likely to be involved in illegal activities.”