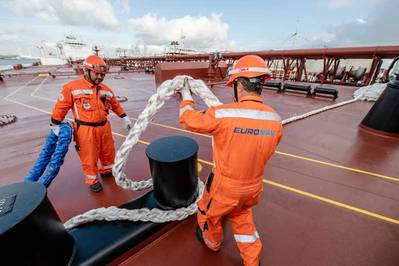 Frontline on January 9 said that a $4.2 billion deal to merge with rival Euronav NV was terminated, a combination that would have created the world's largest publicly listed tanker company.

"After careful consideration, the Supervisory Board, entirely composed of independent directors, has considered that this decision is in the corporate benefit of Euronav. Euronav continues to communicate and maintain a constructive dialogue with its shareholders and will update the market in accordance with applicable regulations."

Responding to Euronav's application, Frontline said:"Frontline plc [...] confirms that it has received from Euronav NV an emergency arbitration request for urgent interim and conservatory measures following Frontline’s decision to terminate the combination agreement [...]. Frontline is currently analysing this request with its legal advisors. Frontline once again confirms that its decision to terminate the combination agreement was entirely lawful."