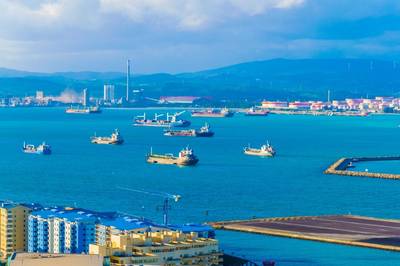 The European Commission will co-finance the construction of the first vessel to be fully dedicated to liquefied natural gas (LNG) bunkering at the Port of Algeciras, Spain.

The grant agreement was signed with Enagás and the Port Authority of Algeciras Bay on Tuesday.

Enagás said the project is "boosted" by the Enagás start-up that specializes in small-scale LNG supply infrastructure, Scale Gas, and the Port Authority of Algeciras Bay (APBA).

The initiative, coordinated by Enagás, is framed within the LNGhive2 strategy, led by the Spanish Ports Authority, and the European Union program that contributes to the implementation of the Trans-European Transport Network, Connecting Europe Facility (CEF 2019 call for proposals), which will provide funding for 20% of its execution, approximately 11 million euros.

The aim is to support the development of the market for LNG as a sustainable marine fuel, in line with the EU Directive 2014/94/EU on Alternative Fuels Infrastructure.

The project consists of the construction of a bunkering barge with the capacity to store 12,500 m3 of LNG, which will enter into service in 2023. Once in operation, the vessel will be loaded with LNG at the Enagás terminal in Huelva and will then either supply it directly to end consumers or transfer it to smaller barges for subsequent supply of smaller vessels berthed in the port of Algeciras.

LNG is seen as a strong alternative that enables progress towards the decarbonization of maritime transport and has been described as the cleanest fuel among those currently available for this type of mobility, contributing to improving air quality, particularly at ports.

According to Enagás, Compared to traditional fuels, it eliminates 100% of sulphur oxide (SOX) emissions, while reducing nitrogen oxide (NOX) emissions by 80–90% and CO2 emissions by 20–30%. Moreover, the use of LNG as a marine fuel in Spain will lead to a reduction of around two million tonnes of CO2 by 2030.

"In addition to promoting more sustainable maritime transport and improving air quality in the Bay of Algeciras, this project will be a further step towards consolidating Spain and the Port of Algeciras, which is the busiest port in Spain, as the European leader in LNG bunkering in the Strait of Gibraltar," Enagás said.

Per Enagás, up to November 2020, LNG bunkering operations in Spain increased fourfold compared to the same period the previous year.

According to DNV/GL, the provider of certification services, there are 175 LNG-powered ships in service in the world. This new vessel will join the 20 bunkering barges already supplying LNG around the world and will strengthen the role of Spain and its ports in the field of LNG bunkering. There were six ports in Spain supplying LNG to ships in 2019, a number that has now grown to 11 in 2020.