Eye on Design: The Truth Behind Great Ships 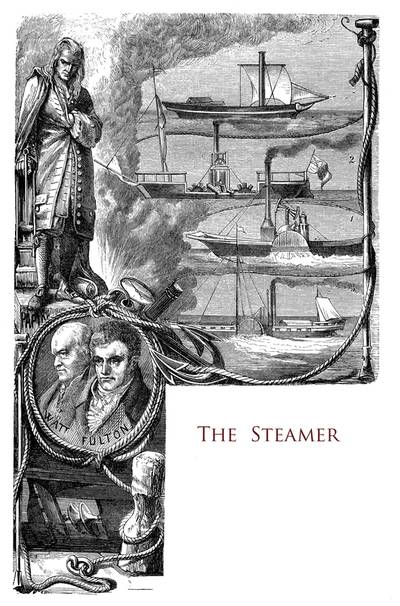 Last year I provided a list of my favorite historical ships as my contribution to the Great Ships issue. Even though I received some pushback on the list, I see no need to amend it.

I created that list to avoid having to judge today’s Great Ships, but the second time around I suppose I cannot evade my mission and should focus on present day vessels, and there is a lot of interesting stuff being produced in the U.S. and globally.

But behind every Great Ship there are a lot of great people that stood at her cradle, so instead of focusing on the ships, it occurred to me it makes more sense to focus on the people behind the ships. In this regard, the world has changed a lot, and ship designers have become more anonymous. I know some great ship designers, but the public, and even our industry at large, knows very few, if any.

Often the conceiver, the inventor, gets credit: think Robert Fulton, or Isambard Brunel, or John Erricson, or James Buchanon Eads, or Nat Herreshoff, or Hyman Rickover. While notable, even those luminaries were very capable, but small cogs in large machines.

Once we go down the forensic rabbit hole, it becomes apparent that their achievements relied on a large number of participants who brought the idea to fruition. Oftentimes the success of the idea did not rely on people that worked on the project itself, but on other, possibly even more visionary people who labored at softening resistance to a certain innovative approach.

What I see today I often first heard 25 years (or longer) ago when attending a paper presentation in an almost empty SNAME meeting room, where a young and naïve (or old and grizzled) engineer presented a paper on a subject where some of us were skeptical, but then thought: “Wow, they may be on to something.” After the presentation we would go to the front of the room and thank the presenter, while others walked out the door mumbling: “Yeah, no way that could ever work.”

We would go home and forget about it, and then a year or so later someone else would mention the same problem and we would say: “Have you read so and so’s paper?” And the cycle would continue until after many years somebody else implemented the idea.

The path to Great Ships is a path littered with lots of single remarks by lots of individuals, leading to a place where the “Yeah, no way that could ever work” opinions are converted, silenced, sidelined, ignored, or overpowered and what emerges is a Great Ship.

Almost always there is a nominal leader for such a project, but if you listen to the great leaders on such projects, we often ignore the one thing they always say at the christening or commissioning: “It could not have happened without this great team.”

While we may prefer to be remembered as the Great Ship creation leaders (even though the public does not notice or care anyway), for those of us who aim to create Great Ships (and that includes among others, engineers, designers, ship building specialists, the actual customers, equipment suppliers, underwriters, regulators and financiers) there is only one place to be, and that is to be on the team that creates Great Ships. We are in a creative industry and that means we do not create average ships, we seek to be part of the Great Ship Creation Teams. And Great Ships are not the largest ships, or the ships with the most gold toilet faucets. Great Ships are the ships that do the job the best, whether as row boats or aircraft carriers. The greatest ships always do the job and never break down, and they, like their creators, do not draw attention to themselves; they just do the job.

So here I salute not the Great Ships, I salute the people that create today’s Great Ships. Some of them I know personally, some of them I suspect may have played a much bigger part than I, or anybody, can imagine, and some I may never be lucky enough to meet.

However, I have found that the Great Ship creators have common qualities, regardless of the cog in the process they occupy.

Or to compress this list into one sentence: If you don’t love the idea of Great Ships, don’t bother with this industry.

For each column I write, MREN has agreed to make a small donation to an organization of my choice. For this column I nominate Navesink Maritime Heritage Association.www.navesinkmaritime.org. This tiny volunteer organization punches way above its weight in helping the public to Discover, Engage and Sustain maritime in all its facets because its volunteers are amazingly skilled at being perfect cogs in a complex creation machine.