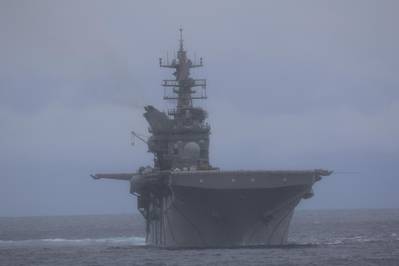 Fairbanks Morse Defense (FMD) announced it has acquired Federal Equipment Company (FEC), expanding its product capabilities and service solutions for shipyard, defense, and industrial customers – with emphasis on its support for and offerings to the U.S. Nuclear Navy.

“Fairbanks Morse Defense is committed to the values that define us as a leading defense contractor. The capabilities, experience, and quality reputation that we’re acquiring with FEC reinforce this commitment and solidify our position as a proven, single-source provider to our naval customers,” said FMD CEO George Whittier. “Both FEC and Fairbanks Morse Defense have highly experienced teams who understand the critical role that our customers play in protecting the nation, and they are all dedicated to delivering the highest quality service in support of that mission. Combining our knowledge and capabilities makes us a powerful asset for the defense industry.”

Founded in Ohio in 1982, FEC has approximately 145 employees. The company is headquartered on its campus near Cincinnati, Ohio, which includes two facilities totaling 100,000 square feet. In addition, FEC has begun construction on a 50,000 square foot facility, which will further increase its manufacturing capacity and capabilities. This building is expected to open in mid-2022.

“Through the process of designing and creating the systems for today’s and tomorrow’s marine fleets, we’re proud to have earned a reputation for successfully taking on some of the most difficult engineering and manufacturing challenges for the Navy, Marines, and the Coast Guard,” said FEC President Doug Ridenour. “Fairbanks Morse Defense has earned a similar reputation for excellence in the defense industry, which makes this a great fit for both companies.”