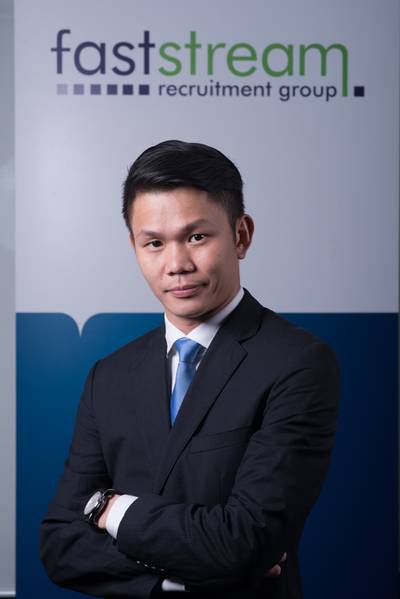 Recruitment company Faststream has announced the appointment of a new director. Jason Tay has been promoted to director level in the Group’s Singapore base in recognition of his progression and contribution to the business, the company said.

Established in 1999, Faststream is a recruitment company specializing in services to the oil and gas, shipping and maritime, offshore, mining and built environment sectors. The Group employs 130 in total across its U.K., Perth Australia, Fort Lauderdale, Houston and Singapore offices.

Mr. Tay joined the company in 2008 as a recruitment consultant when the company had three employees working from its Asian base. In this time, the company has evolved to employ over 30 people in Singapore and Mr. Tay has played a key role in this steady growth.

Prior to joining Faststream, Mr. Tay studied at the Singapore Institute of Management University, graduating with a BA Hons degree in Mass Communications, before holding a position with the Singapore Navy. During his time at Faststream he has led both the marine and oil and gas teams and has penetrated business into new regions including Korea, Malaysia, China, Indonesia and Hong Kong.

Commenting on Mr. Tay’s promotion, Mark Charman, Group CEO of Faststream Recruitment, said: “Jason Tay has progressed steadily within Faststream. In his new role he will be responsible for driving Faststream’s growth by further strengthening the core business, identifying new potential markets and working with the board of directors to draw upon our extensive experience in our overseas offices.

Faststream has grown by ten staff this year, bringing the Group total to 130 with further hiring being untaken constantly.