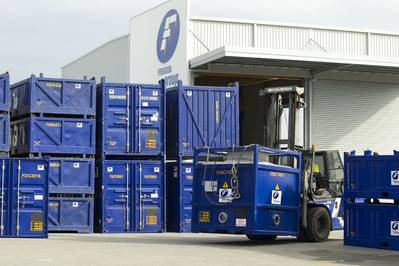 The Ferguson Group, global specialists in the provision of offshore DNV 2.7-1/EN12079 containers and accommodation solutions, has posted its 2012 results, which show continuing growth, with worldwide sales increasing by over 10% to £57.6m and pre tax profits up to £16.2m from £15.6m in 2011.

Commenting on the results, Richard Smith, Group Finance Director, said: “2012 was another successful year for the Ferguson Group, which saw the company increase profits during a year of continuing investment in our global infrastructure and asset base. The last two years have seen a substantial investment in infrastructure, strengthening our management team and continuing to build the rental fleet. We expect to see the benefits of this investment reflected in the result for 2013 and are ahead of plan at the half year.

The majority of our sales come from outside the U.K. and increasing our global presence is a key part of our business plan. The Middle East has been a region of accelerated growth for us, particularly following the launch of two new bases in Dubai and Abu Dhabi.  We also moved to larger facilities in Singapore at the beginning of 2013 to enable us to develop our business further in the Asia Pacific region and we are very optimistic about future prospects for the Group in all regions.

Our focused growth strategy continues to incorporate customer feedback, where operational safety and asset availability are key themes. We aim to put resources into those regions where our customers are at their busiest. Global expansion will continue to be a top priority for the Group over the next 12 months, as we move into other regions where clients require access to our extensive fleet of DNV 2.7-1/EN 12079 certified containers, tanks, baskets, accommodation and workspace modules.