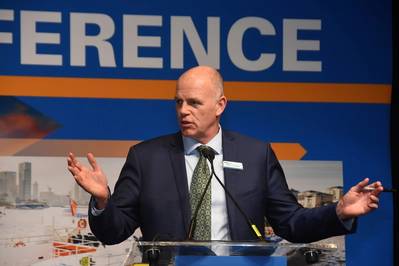 Interferry CEO Mike Corrigan reflects on the crushing impact of COVID-19…but suggests that the gradual easing of travel restrictions offers a turning point on the road to recovery.

Last year the ferry industry was riding the crest of a wave. In an end-of-year review, I went so far as to express my belief that the industry had rarely if ever been in such good health. Throughout the developed world, most operators were reporting year-on-year traffic growth and many had set new records for passenger and vehicle volumes. Meanwhile rising demand was being met by a flurry of newbuild orders everywhere from North America to Asia, Australia and Europe.

But that was then…before everything turned upside down in the past few months as the COVID-19 pandemic swept through all sectors of society with devastating impact on human and economic well-being.

Until then, the worldwide ferry industry was carrying more than two billion passengers per year—much the same as the global airline total—not to mention 250 million personal vehicles and 40 million trucks and trailers. When governments around the world banned all but essential travel as part of their ‘lockdown’ pandemic response, most remaining ferry traffic was confined to maintaining lifeline deliveries of food and other essential supplies. This continued despite companies knowing they were losing money at an escalating and unsustainable rate because passenger carryings—a crucial revenue source—were virtually nonexistent.

The resulting decline in traffic has been put at between 75-100%, with enormous strain on liquidity. State aid to sustain vital services has been forthcoming from certain governments, although this prompted reservations from some operators, who argued that such emergency measures could lead to unfair competition at the expense of more robust rivals. 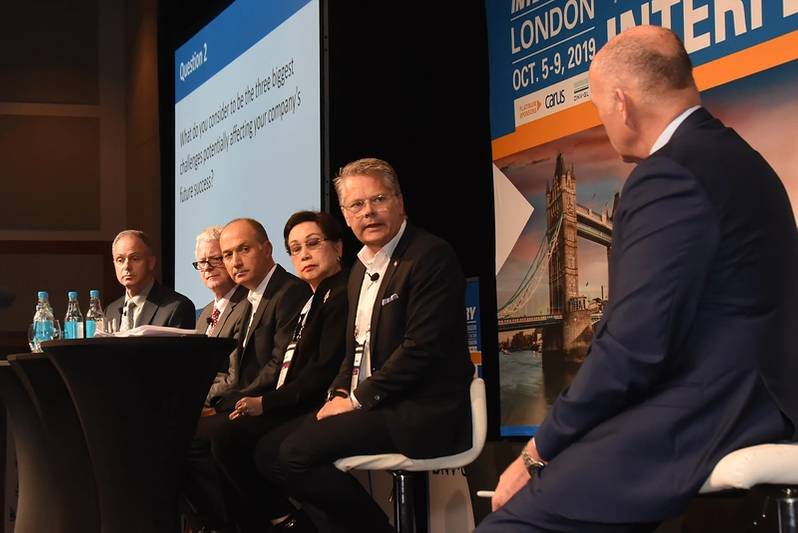 That said, the economic impact of the virus undoubtedly infected even the largest operators. Thousands of seafarers and shore-based staff were laid off, numerous ships were laid up and various services were either suspended or run with reduced fleets and timetables. In many cases, these solutions could well be permanent rather than temporary.

The sharp decrease in seafarer numbers was among the main findings of a survey conducted in April by the European Community Shipowners’ Associations, which also revealed that ferries were one of the worst-hit shipping sectors, along with cruise ships, car carriers and offshore vessels.

Measures to help liquidity were found to be largely lacking or, where they did exist, impracticable due to costly administrative burdens. Even those companies that were confident of a return to pre-crisis levels of operation said that planned investments would be cancelled, put on hold or reduced—and that included initiatives to reduce air emissions.

But there was also the much more encouraging response that some recovery was expected in the rest of the year. It will surely be a relative upturn, but that is where Interferry and its members—more than 260 in 40 countries - are now firmly focused following recent confirmation that travel restrictions would be gradually relaxed in advance of this summer’s travel and tourism season. This is absolutely critical given that ro-pax operators are massively dependent on earnings from the three-month peak period window in order to support their less profitable passenger and freight carryings in the other nine months of the year.

In fact we had already anticipated the easing of the lockdown by issuing ‘best practice’ guidelines for the safe resumption of passenger ferry services as and when allowed. Designed to ensure social distancing and enhance sanitization, the guidelines were based on feedback from a survey of members and cover shoreside and shipboard measures to protect passengers, staff and crew—ranging from booking, check-in and boarding procedures to onboard limitations in passenger numbers and facilities.

The guidance was circulated to members and discussed with various governmental bodies, notably the European Commission (EC), the executive arm of the European Union, which oversees the world’s largest ferry market by number of operators. Our ‘safe travel’ suggestions were widely reflected in the EC’s own recommendations announced in mid-May, and we hope this will give other national administrations the confidence that ferry operators are fully prepared for a phased, safe resumption of passenger services.

In short, I am cautiously optimistic there will be some sort of tourist season. It will most probably be on a ‘staycation’ regionalized basis, but potentially it marks an important turning of the page as we take the first steps towards a long-awaited normality. I can see ferries becoming the favored mode of leisure travel in the current climate in view of their ability to ensure social distancing. And that consideration may also be to our advantage longer-term, because customer concerns over being closely confined in other modes are unlikely to be forgotten any time soon.

Looking further ahead, there may well be a new norm in life at large as governments eventually solve the unenviable challenge of balancing lives and livelihoods, health and wealth. The ferry industry will be no exception in having to cope with change, which could even mean consolidation in terms of companies, routes and fleets. However, we have overcome challenges throughout our history. The COVID-19 pandemic is like nothing else we have faced, but the same spirit and professionalism that saw us beat off the likes of fixed links and budget airlines will ensure that ferries remain a viable and irreplaceable force in the future. 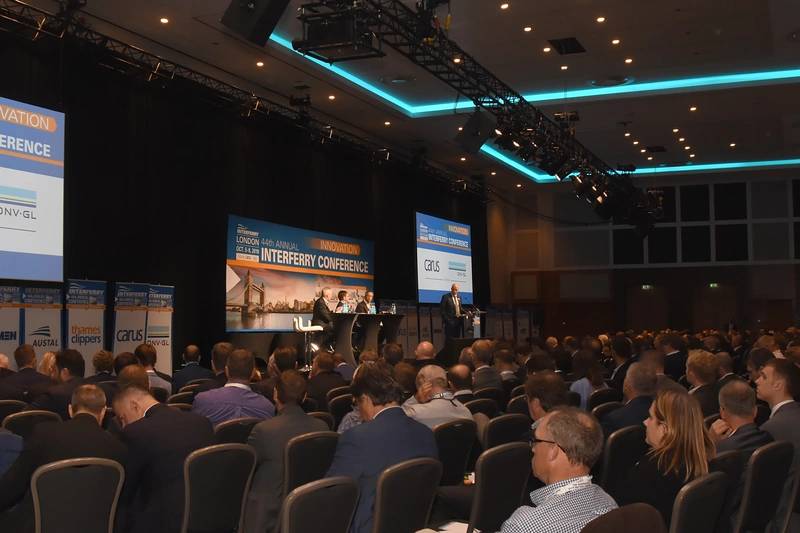