Ferry Runs Aground in Boston Harbor 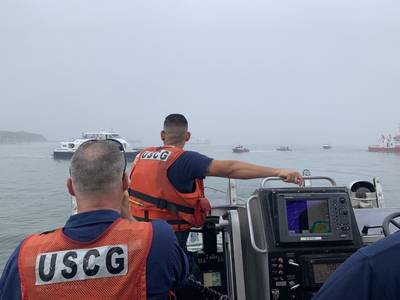 Four people were injured Friday morning when a Boston-bound ferry ran aground off Long Island in Boston Harbor, the U.S. Coast Guard said.

At approximately 7:45 a.m., J.P. Vega, operations manager for Boston Harbor Cruises, reported to Coast Guard watchstanders that the ferry Lightening ran aground with 84 people aboard.

The Coast Guard said it launched rescue crews from Station Boston and Point Allerton to assist in the response alongside state and local partner agencies.

The four that were injured were brought to awaiting emergency medical services at Black Falcon Cruise Terminal and transported to various hospitals in Boston.

The ferry was able to move under its own power to dock in Charlestown.

The cause of the incident is under investigation, the Coast Guard said.