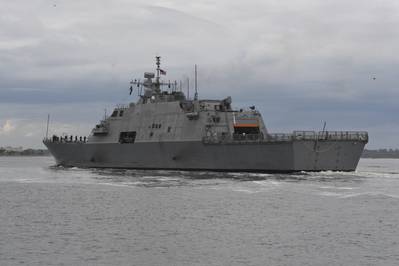 The U.S. Navy has awarded a shipbuilding contract to a consortium consisting of Fincantieri, through its subsidiary Fincantieri Marinette Marine (FMM), and Lockheed Martin Corporation, to build an additional vessel as part of its Littoral Combat Ship (LCS) program.

The construction contract for the LCS Program Freedom-variant was awarded to FMM in 2010, within the partnership by Lockheed Martin.

The builder describes LCS as a new generation of mid-sized multirole vessels, designed for surveillance activities and coastal defense for deep water operations as well as capabilities for addressing asymmetrical threats such as mines, silent diesel submarines and fast surface ships.