Fincantieri Delivers Its First Cruise Ship of the COVID-19 Era 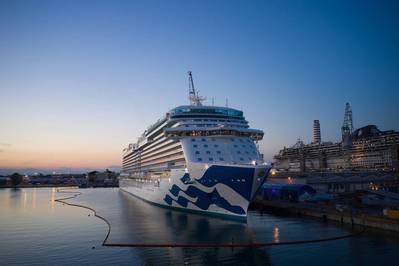 Fincantieri handed over the 145,000-gross-ton Enchanted Princess to Carnival Corp. brand Princess Cruises on Wednesday, marking the Italian shipbuilder's 100th cruise ship delivery over the last 30 years, and the first since the start of the coronavirus pandemic.

Enchanted Princess is the 18th unit built for Princess Cruises by Fincantieri's Monfalcone shipyard. “Enchanted Princess is a special ship,” Bono said. “We believe she demonstrates the best ability to tackle the hardest times with passion and commitment, as well as the historic resilience of our industry.”

Princess Cruises, which had high-profile coronavirus outbreaks on at least three of its ships earlier this year, has canceled all of its voyage through mid-December as well as select sailings in 2021. The company says it is currently working with global health leaders to enhance health and safety protocols and assess how they may impact future itineraries.

Enchanted Princess, which can accommodate up to 3,660 passengers in 1,830 cabins and 1,411 crew members, is scheduled to arrive in North America in December 2020, for an eventual season of Caribbean cruises.

The new ship follows its previously delivered sister vessels Royal Princess, Regal Princess, Majestic Princess and Sky Princess, built at the same yard from 2013 onward. An upcoming unit of the same class, Discovery Princess, is scheduled to be delivered in 2021.

The partnership between Monfalcone shipyard and Princess Cruises will continue with two next-generation cruise ships – the largest ever built in Italy at 175,000 gross tons – expected to be delivered at the end of 2023 and in spring 2025. The vessels will accommodate approximately 5,300 guests and will be the first in the owner’s fleet to be dual-fuel primarily powered by liquefied natural gas (LNG).

Last week Princess Cruises announced the sale of two of its cruise ships, Sun Princess and Sea Princess, to undisclosed buyers. Both were built by Fincantieri in the 1990s.

Of the 100 cruise ships Fincantieri has built since 1990, 70 have been for Carnival brands. The shipbuilder says it has another 44 ships that are presently being designed or under construction. 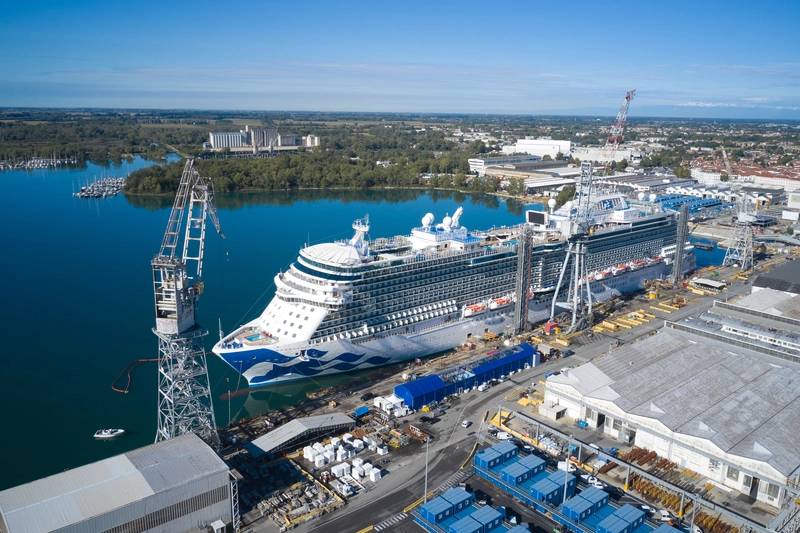