Fitzgerald Honored as he Retires from the US Coast Guard Reserve 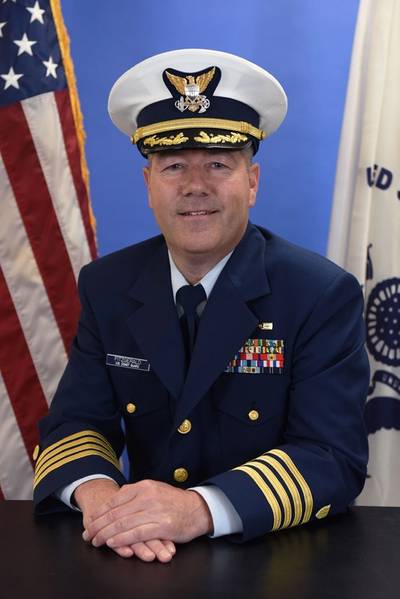 Rear Admiral Melissa Bert presided over the ceremony, which was attended by family, friends and Coast Guard colleagues who worked with Fitzgerald over the past 28 years.  Fitzgerald retired from his last duty assignment in Washington D.C. where he served as the Senior Reserve Judge Advocate (RJAG) for the entire Coast Guard Reserve. He was presented with the Meritorious Service Medal for his performance of duties with the Office of Legal Policy & Program Development.

Partner Fitzgerald enlisted in the United States Coast Guard Reserve in July of 1993. He reported to Governors Island and regularly drilled with Marine Inspection Office New York. In May of 1996, Ensign Fitzgerald graduated with Distinction from SUNY Maritime College where he earned a BS in Marine Transportation and an unlimited tonnage Third Mate’s license before accepting an Active Duty Commission.  He was first assigned to Coast Guard Headquarters in the office of G-MRP-3. In June of 1997, Ensign Fitzgerald was transferred to Activities New York where he served as a Marine Inspector & Marine Investigator, earning his Marine Safety Designation. While serving on Active Duty at Activities New York, Lieutenant Fitzgerald conducted casualty investigations and vessel inspections by day and attended New York Law School by night. In August of 2001, Lieutenant Fitzgerald left active duty and rejoined the reserves and was assigned to Sector New York where he was immediately mobilized after the attacks on the World Trade Center. Within days, LT Fitzgerald lead the Coast Guard’s offshore foreign vessel and sea marshal inspection teams immediately following the terrorist attacks of September 11, 2001.

From 2001-2008, LCDR Fitzgerald served at Sector New York in various assignments including Port State Control, Waterways Management and Contingency Planning. In 2009, LCDR Fitzgerald was transferred to Sector Long Island Sound where he served as a Contingency Planner & Deputy SRO. During this time, LCDR Fitzgerald was mobilized again and served as the Coast Guard’s Senior Liaison to the State of Florida in the aftermath of the Deepwater Horizon Oil Spill. In 2012, Commander Fitzgerald joined the Coast Guard’s newly developed Reserve Judge Advocate General (RJAG) program and was assigned to District Seven Legal in Miami, Florida as a Reserve Staff Judge Advocate. In 2015, Commander Fitzgerald was transferred to Base Portsmouth, where he served as the Senior Reserve Officer before returning to the Legal Program to serve as the Senior Reserve Officer in Alameda, California. On July 1, 2021, Captain Fitzgerald retired as the Senior Reserve Judge Advocate for the entire Coast Guard Reserve.

Partner Fitzgerald has been practicing maritime law since 2001 and is a proctor member of the Maritime Law Association and continues to serve on numerous committees.