Floating on Bubbles: Carnival Corp expands use of Air Lubrication to cut Emissions

As the ship owners globally experiment with technologies to help incrementally cut emissions to meet stringent new IMO mandates, news out of south Florida indicates that Carnival Corporation, the world's largest cruise company, has made plans to expand the installation and use of Air Lubrication Systems (ALS) to a majority of the cruise line brands in its fleet through 2027; a move the cruise major expects witll generate "significant savings in fuel consumption and carbon emissions" by reducing hull drag by approximately 5% per ship.

The pick for air lubrication is the Silverstream System ALS, currently on five Carnival Corp ships, including two ships in 2022 for its Princess Cruises and P&O Cruises (UK) brands. In addition, the company is planning at least 10 more installations for existing and newbuild ships across more than half of its cruise line brands, and it expects continued expansion of the ALS program over time. The expansion plans build on the success of four systems currently operating on ships from its AIDA Cruises and Princess Cruises brands.

According to Bill Burke, chief maritime officer for Carnival Corporation, the investment in ALS is part of its “long-term sustainability strategy to continually invest in a broad range of energy reduction initiatives, which has included over $350 million invested in energy efficiency improvements since 2016.” 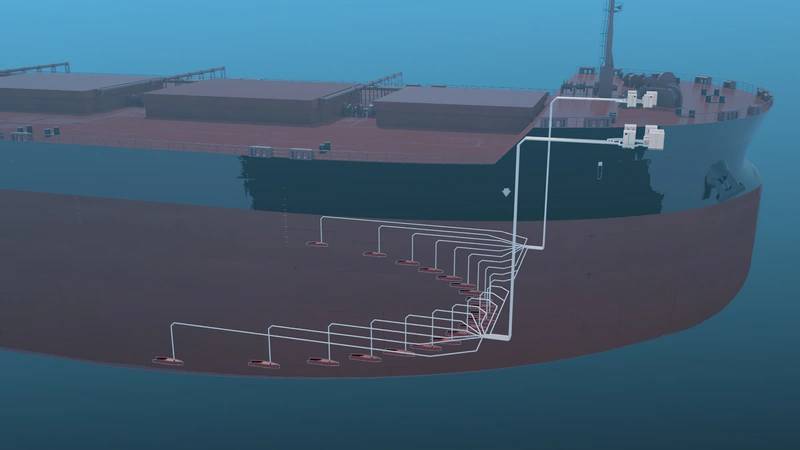