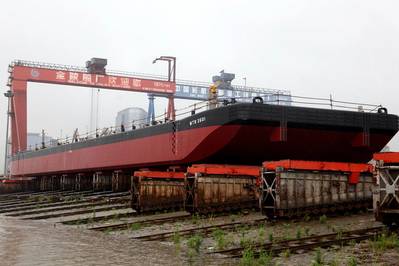 The barges will undergo final testing and touch-up work in preparation for the 400-kilometer tow down the Yangtse River to Shanghai where they will be loaded onto a semi-submersible heavy lift vessel and transported to Tuktoyaktuk, in the Northwest Territories, in Northern Canada.

The barges are designed by Robert Allan Ltd. to Lloyd’s Class Rules for double hulled oil barges and are compliant with MARPOL and Transport Canada Rules and Regulations. Each barge will be capable of carrying liquid petroleum cargoes and containerized and bulk deck cargoes. 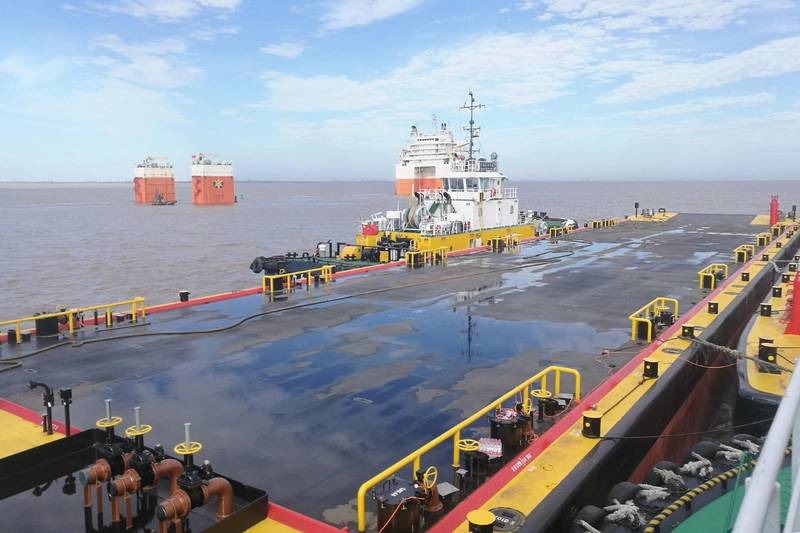