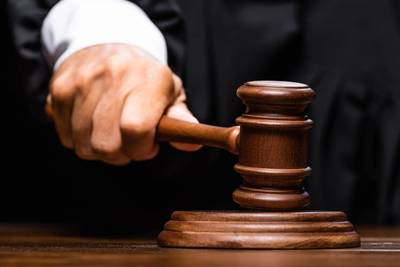 Four more defendants have been sentenced for their roles in a test score-fixing scheme at a U.S. Coast Guard exam center, U.S. Attorney Duane A. Evans announced.

On December 8, Alonzo Williams, who plead guilty to being an intermediary in the scheme, was sentenced by the Honorable Barry W. Ashe to 40 months incarceration to be followed by three years of supervised release.

Quang Tran, Harry Johson and James Carr, who each plead guilty to unlawfully receiving an officer-level mariner license, were sentenced by Judge Ashe to a year of probation and 100 hours of community service on October 28, December 8 and December 9, respectively

All 28 maritime industry workers charged in the November 2020 indictment have been convicted—24 plead guilty to unlawfully receiving licenses and four plead guilty to conspiring to defraud the United States by acting as intermediaries in the scheme. The other three defendants in this indictment—Dorothy Smith, Eldridge Johnson and Beverly McCary—are former Coast Guard employees charged with conspiring to defraud the United States and are awaiting trial. Also awaiting trial are eight mariners charged with unlawfully receiving licenses in a separate, recently filed, indictment.

The indictments allege that the licenses at issue were unlawfully obtained though false exam scores entered by Smith. The exams tested mariners’ knowledge and training to safely operate under the authority of the licenses, which were legally required to work various positions on vessels. SMITH is accused using a network of intermediaries to obtain payments from the mariners.

This case is being investigated by the Coast Guard Investigative Service. Assistant U.S. Attorney Chandra Menon is in charge of the prosecution.