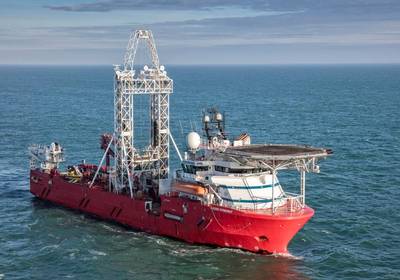 The company, hit by a downturn in the oil sector in recent years, reported first-half earnings before interest and tax (EBIT), excluding exceptional items, of 4.0 million euros ($4.7 million) compared with a year-earlier loss of 25.3 million euros.

Analysts in a poll conducted for the company had on average expected an EBIT loss ex-items of 1.9 million euros.

Fugro shares traded in Amsterdam were up nearly 7 percent at 13.17 euros.

Chief Executive Øystein Løseth said strong revenue growth in combination with last year's cost reduction measures had resulted in improved profitability and that the EBIT margin turned positive this first half, mainly as a result of a significant improvement in the marine division.

"In the second quarter, revenue growth increased substantially driven by strong growth in offshore wind, growth in the building and infrastructure market and a gradually recovering oil and gas market."

The company said it expects positive cash flow from operating activities in 2018.

The oil services industry took a big hit from a crash in oil prices that started in 2014, but with prices having more than doubled from 2016 lows and set to hold steady into 2019, the outlook is more favorable.