"The Future of Our Oceans" 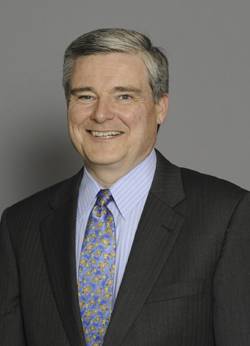 On April 23, 2012, Dr. Stephen M. Coan delivered remarks entitled “The Future of Our Ocean”, part of the Open VISIONS Forum Lecture Series and presented at the Regina A. Quick Center for the Arts, Fairfield University, Fairfield, Conn. Following is the text of his speech.

Water sustains life on Earth, and the health of our oceans, lakes, rivers, streams and marshlands, which cover 70% of the planet’s surface, is critically important to global economic and human health.   Imagine this vast environment and what it could mean for us if we were able to better harvest food, energy, drugs for our health and perhaps even places to live for our growing world population.