Galveston Pilot Dispute: Round One goes to State Pilots 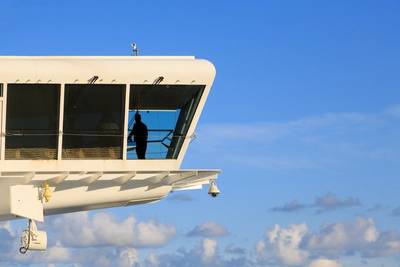 Federal Pilots to appeal. Local spat has regional and national implications.
The Galveston-Texas City Pilots and the five-member Board of Pilot Commissioners for Galveston County are facing a serious legal challenge from five pilot applicants and their local attorney. In a nutshell, local, federally licensed and similarly qualified pilots want to compete for business in a previously closed space.
In Texas, like virtually every other U.S. state, a local group of pilots – so-called ‘state pilots’ are given the privilege of providing all marine pilot services for deep draft registered (foreign) traffic. In essence, it amounts to a legal monopoly. Detractors of the decades-old system say that it prevents the best and brightest from competing for the work, and shippers say it has inflated pilot charges to the point where the average pilot salary now reaches and in some cases, tops $500,000 annually.
Justin Renshaw, attorney representing the federal pilots, is basing his client’s case on the fact that the state constitution forbids monopolies of any kind. On April 11th, a State Court in Austin heard motions related to Renshaw’s pleadings on behalf of his clients. Following that hearing, it was announced that a state district judge in Austin had sided with the Galveston-Texas City (State) Pilots. Renshaw had also sued Texas Gov. Greg Abbott, arguing that he is not fulfilling his responsibilities in this regard, and enabling the continued violation of the Texas constitution. Following that decision, Renshaw said simply, “round one goes to them.”
Indeed, Judge Dustin Howell issued a decision ruling against virtually every one of Renshaw’s arguments in favor of Governor Abbott, the Galveston-Texas City Pilots and the commissioners who oversee that group. Additionally, the governor’s plea on jurisdiction, and the pilots and commissioners’ motions for summary judgment were granted.
Renshaw is optimistic that the captains’ case will prevail on appeal. And, with the court now having entered its order, Renshaw is on the clock to file the notice of appeal. He has 30 days from the date of entry to get it done. For his part, Renshaw is hoping to move the plea up to the Third Court of Appeals in Austin and, if necessary, the Supreme Court of Texas. Even money says it will go that far.
No one said it would be easy. It was way back in August 2016 that a total of seven applications for state pilot licenses/certificates were submitted to the Board of Pilot Commissioners for Galveston County, Texas. The mariners – a group now pared back to five, who can provide competent, professional and reasonably priced competition to the established group in place – aren’t the first to try this kind of maneuver. This time, they’re going about the task in a slightly different manner.
The pilot hopefuls and their attorney [Renshaw] base their argument for a State Issued license, in part, on the premise that the Texas State Constistution declares that “Perpetuities and monopolies are contrary to the genius of a free government, and shall never be allowed, nor shall the law of primogeniture or entailments ever be in force in this State.” State Pilot advocates counter that the interests of public safety trump the Constitution, at least in this case.
If you believe that individual states retain the right to govern commerce on their own waterways, then a judgment against the federal pilots in the State Supreme Court – if it gets that far, and it increasingly looks like it will – would likely be the end of it here in Texas. On the other hand, the federal government might have something to say about that, if it comes to pass. State pilots everywhere are watching closely as it unfolds. In fact, the April hearing in Texas saw representatives from virtually every Texas pilot association in attendance.
Round One goes to the State Pilots. Round Two is just around the corner. Summer is also just around the next bend in the river. And, it is heating up in Texas.