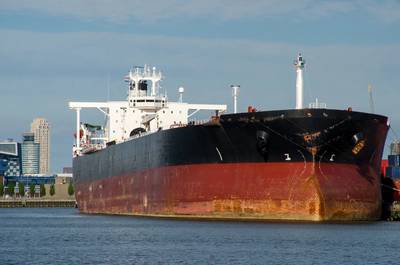 Gasoline exports from Europe across the Atlantic are set to surge in coming days as traders plug supply gaps after Tropical Storm Harvey crippled refineries in the U.S. Gulf Coast.
Many of the shipments are expected to end up in Latin America, which has become increasingly reliant on gasoline and diesel supplies from the U.S. Gulf Coast in recent years amid fast-growing demand in emerging economies such as Mexico and Brazil, traders said.
Nearly a quarter of U.S. fuel output was knocked out since Harvey made landfall on Friday in Texas, where several large refiners are located.
Outages that could last for weeks led to a sharp rise in gasoline and diesel futures prices in the United States and Europe, opening several arbitrage opportunities.
Traders have tentatively booked this week nearly 40 tankers -- the equivalent of about 1.5 million tonnes of gasoline -- out of Europe to carry gasoline on the transatlantic route, including to destinations such as New York, Mexico and Brazil, according to shipping data and traders.
That compares with an average of about 500,000 tonnes of gasoline exported each week from Europe to the United States and Latin America.
At least five cargoes have been definitively booked by traders Valero, BP, Mercuria and Petrobras out of Europe to go to Brazil, Peru and Mexico.
Freight rates between Europe and the United States for a 37,000 tonne refined product tanker doubled over the past week to about $16,000 a day, according to shipping brokers.
High shipping costs and uncertainty over the impact of Harvey on trade flows meant traders were still reluctant to lock in the cargoes, several traders said.
Traders in Asia have also scrambled to buy oil products to ship to the United States and Latin America.
The U.S. Gulf Coast refining hub has in recent years become a major supplier of fuels such as gasoline and diesel to overseas markets such as Brazil, Mexico and Europe.
(By Ron Bousso; Additional reporting by Ahmad Ghaddar; Editing by Edmund Blair and Susan Fenton)