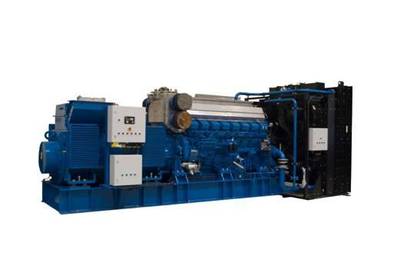 For each of the six new generator sets, DBR selected Mitsubishi diesel engines and either 800 kVA Leroy Somer or 1,875 kVA AvK generators. The delivery includes cooler and control panels, and the units can operate in up to 50ºC air on temperature. DBR will engineer the equipment to Lloyd’s Register and IMO-2 specifications. The first of the six new generator sets was successfully FAT tested at DBR’s test bench and already delivered earlier in 2014. The delivery of the next custom built units will continue ongoing in 2014 and 2015.