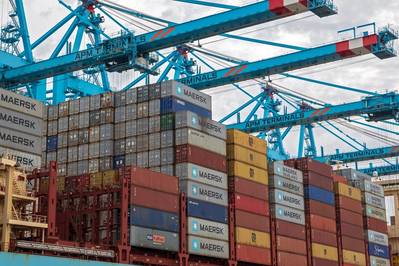 Germany's Federal Cartel Office is taking a closer look into the planned sale of Maersk's refrigerated containers maker to China International Marine Containers, a spokesman for the office said on Thursday.

The office has opened an investigation into the effects the takeover of Maersk Container Industry by CIMC could have on the affected markets, it said.

The Danish shipping company signed an agreement to divest its container manufacturer to CIMC in September for $987.3 million.

However, regulatory authorities still need to approve the plans. Until then, the companies remain separate.