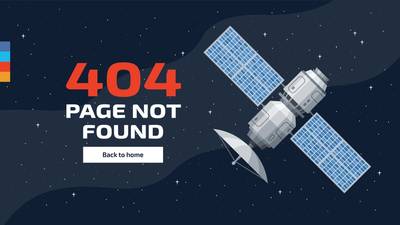 The Global Positioning System (GPS) has become vital to the maritime community.  Proper use of properly functioning equipment can allow ships to safely navigate worldwide.  It’s signals are now integrated into a variety of shipboard items, including the automatic identification system (AIS) and the electronic chart display and information system (ECDIS).  It has been copied by Russia’s GLONASS, Europe’s GALILEO, China’s BeiDou, India’s IRNSS, and Japan’s QZSS.

Originally developed for the US Navy for ship positioning and navigation, GPS’s very precise timing has proven invaluable to modern electronic commerce.  Bank transfers and credit card transactions would be greatly hobbled if the system shut down.  From a pure economic perspective, the GPS timing function is of more importance than its positioning and navigation functions.

Like all radio-based services, GPS is subject to interference from both natural and human-made sources. A GPS unit can lose reception in the presence of devices designed for intentional radio jamming. Solar flares can also disrupt GPS equipment. For this reason, the US government strongly encourages all GPS users to maintain backup/alternative positioning, navigation, and timing capabilities. In addition, the government is currently fielding new GPS signals that are more resistant to interference.

Regardless of these improvements, the major vulnerability is the low power of the signals from the satellites.  Land-based radio navigation systems, such as LORAN-C, broadcast with greater power and are significantly more difficult to jam.  These land-based systems were also not vulnerable to solar flares and presented greater resistance to electro-magnetic weapons.  LORAN-C (now retired from service) was not as accurate at GPS, but new land-based systems under development have the capability to rival GPS accuracy without GPS vulnerabilities.

It is official policy to the United States Government to fully develop and implement an accurate back-up system for GPS, but funding and urgency for such action has lagged.

The US government regularly reports on GPS interference in locations like the Black Sea, the eastern Mediterranean, and waters off China.  These incidents of interference are suspected to have been caused by the Russian and Chinese governments, probably as tests and demonstrations of their capabilities.  If international tensions were to rise dramatically, it should be assumed that GPS interference would become more widespread.

The GPS service is provided by the United States government, which can selectively deny access to the system, as happened to the Indian military in 1999 during the Kargil conflict between India and Pakistan in the Kashmir region, or degrade the service at any time.  Periodically, the GPS signals in selected areas are degraded for a short time, but advance notice is provided.

The most serious problem, as mentioned above, is that the satellite signals are relatively weak.  This enables both jamming and spoofing.

Jamming, either by a malicious actor or by someone seeking to hide their own activities, is a continuing problem,  Short-range jamming transmitters, although illegal, are easily obtained and used.  More powerful and longer-range jamming capabilities have been mostly limited to state actors, at least to date.

Spoofing involves sending signals on the GPS spectrum to one or several receivers with false information.  It has been demonstrated that a ship can be tricked into following a bogus track-line if it relies solely on output of its GPS receiver.  So many vessels have placed excessive reliance on GPS and electronic navigation that this presents a real danger.  This is particularly true since the technology to spoof GPS signals is not that difficult to obtain.

All of this highlights the need for a backup system that can stand in for GPS when the GPS signal is unavailable or unreliable.  E-Loran is one such alternative.  It was under development by the US Coast Guard until funding was unexplainedly cut.   Other nations have run E-Loran trials, but no overall program has been developed.  Other alternatives have been considered on a theoretical basis.  Only the United States has the technology and leadership capability to effectively tackle this problem.  Something must be done soon, before the entire positioning, navigation, and timing system on which the modern world relies becomes further unreliable.  Failure or unavailability of GPS without a reliable alternative is a super-high consequence problem, with probable costs in the trillions.

Continued dithering is not an option.

Intellian received type approval from Inmarsat for its new FB250 and Fleet One L-band terminals, making it one of the first…