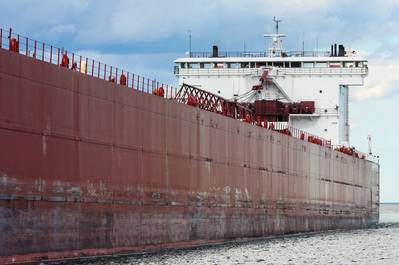 Shipments of limestone and iron ore on the Great Lakes were down in April, trade group the Lake Carriers’ Association (LCA) said on Friday.

Great Lakes limestone shipments totaled 2 million net tons, a decrease of 16.6% compared to a year ago, though loadings were above the month’s five-year average by 5.5%.

Iron ore shipments on the Great Lakes totaled 3 million tons in April, a decrease of 44.7% compared to last year. Shipments were 41.3% below the month’s five-year average.

Year-to-date the iron ore trade stands at 5.5 million tons, a decrease of 41.7% compared to the same point in 2021. Through April, iron ore shipments are 37.4% below their five-year average for four months of the year.