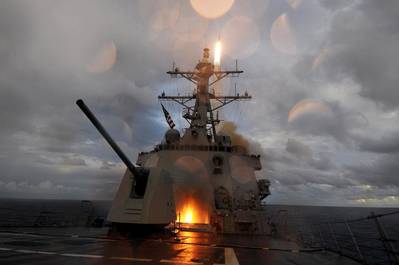 The USS Arleigh Burke (DDG 51) class of guided missile destroyers can rightfully be called the most successful class of surface combatants in the post-World War II era.  The lead ship was commissioned in 1991, and the Navy is still building them at Huntington Ingalls Industries Ingalls Shipbuilding in Pascagoula, Miss., and General Dynamics Bath Iron Works in Bath, Maine.  A total of 89 have been procured through FY2022, (with 70 delivered as of February 2022), including two in FY2022.

The Flight III represents the fourth “flight” variant of the class since the lead ship was commissioned in 1991, and includes Flight I, II and IIA.

The first 20 Arleigh Burkes (DDG 51 through 71) are 8,300-ton, 504-ft. Flight I ships.  Seven more ships, designated as Flight II DDGs, have incremental combat systems improvements.  The Flight IIA ships, starting with DDG 79, are slightly longer (509ft.) and considerably heavier (9,700 tons) due to the addition of an aircraft hangar and facilities to support two embarked helicopters.

There have been various configuration changes across the ships in the class, such as weapon and battle management upgrades for ballistic missile defense, whether they have one or two Phalanx close-in weapon system (CIWS), and some forward deployed ships with the Rolling Airframe Missile (SeaRAM) capability. Upgrades include hull strengthening, new HVAC, WaterMist damage control system, internal compartment redesign, and HM&E (hull, mechanical and electrical) upgrades including 4160VAC ships service gas turbine generators (SSGTGs) and 1000VDC power system and a separate Propylene glycol and water (PGW) cooling system for the SPY-6 radar.

The first of the Flight III DDGs is the future USS Jack H. Lucas (DDG 125), currently under construction at Ingalls Shipbuilding in Pascagoula for delivery in 2023.
The Arleigh Burke program was programmed to conclude with DDG 112.  It was expected for the Navy to shift to the DDG 1000 Zumwalt-class ships, so the production line was terminated.  No DDG-51s were procured between FY2006 and FY2009.  However, when the Zumwalt program was drastically truncated, restarting the DDG 51 production was prudent.  The first DDG 51 Flight IIA “restart” hull was USS John Finn (DDG 113) and included the latest AEGIS combat system baseline 9 for IAMD.

While the Lockheed Martin AEGIS combat system has been constantly updated, there remain multiple baselines in the fleet.  The Flight III incorporates a significantly different and improved SPY-6(V)1 radar than the SPY-1 found on earlier AEGIS cruisers and destroyers.  The new technology of the more capable SPY-6(V)1 Air and Missile Defense Radar (AMDR) is the major difference.  There are also significant upgrades to the ship’s electrical power and cooling systems, but not enough space, weight power and cooling for the anticipated energy weapons.

While the Navy will continue to build more Arleigh Burkes, it faces a shortfall of Ticonderoga-class guided missile cruisers, which are needed to provide air and missile defense for carrier strike groups.  The replacement for the Ticonderogas will be the new “large surface combatant,” now called “DDGX.”

The Navy has told the Congress that it is committed to a smooth and successful transition from DDG 51 to DDG(X) starting around FY 2030. “The transition will preserve the critical shipbuilding and supplier industrial base by executing a collaborative design process with current DDG 51 shipyards and transitioning to a proven limited competition model between these shipyards at the right point in ship construction.”

Both the new DDGX and Constellation class (FFG 62) frigates will have versions of the scalable SPY-6 radar and the latest Aegis baseline.

The DDG modernization program continues to deliver a comprehensive mid-life upgrade to ensure the DDG 51 class will maintain mission relevance.  “DDG Mod” brings the older ships up to the latest AEGIS baseline and combat system “advance capability build,” and creates commonality among both new construction ships and modernized in-service ships.

But no matter how much the Arleigh Burke systems are upgraded or modernized, there is finite room within the hull, and there is limited margin for the space, weight, power and cooling necessary to equip these platforms with future energy weapons such as lasers, high-power microwaves and electro-magnetic rail guns without tradeoffs of existing systems.

While the Navy needs more ships, in part because the Ticonderoga-class has reached its expected service life (ESL), Navy leadership acknowledges that the industrial capacity of American shipyards could limit how many new surface combatants could be built, and how long it will take to build them. 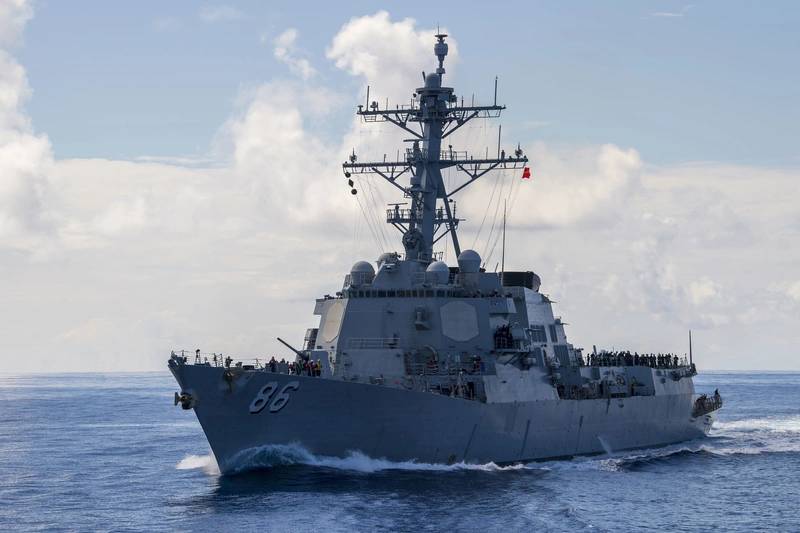