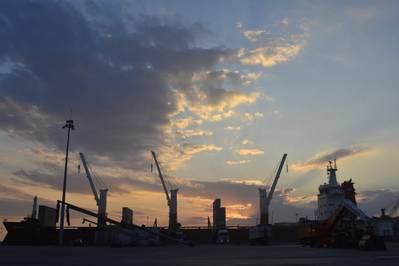 Greece plans to sell majority stakes in four ports as part of a privatization plan agreed with its lenders after the country exited the bailouts in 2018, a document of its privatization agency (HRADF) showed on Tuesday.

HRADF will sell majority stakes in the share capital of Alexandroupolis, Igoumenitsa, Heraklion and Volos ports, the agency said in an invitation to hire financial advisers for the sales released on this website.

China's COSCO has bought a 51% stake in Piraeus Port, the country's biggest, in 2016. A German-led consortium also acquired a 67% share in Thessaloniki Port in 2018.

Greece aims to raise 2.4 billion euros from state asset sales this year, including the further privatization of its biggest gas utility DEPA and the sale of a minority stake in Athens International Airport.

The ongoing coronavirus crisis has not affected its privatization program so far, Greek officials close to the matter have told Reuters.

Greece reported 102 new coronavirus cases on Tuesday, bringing the total number of reported infections to 1,314 so far. In total, 49 people have died.