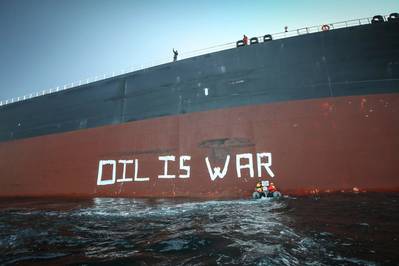 Greenpeace activists have taken to the sea to protest against tankers carrying Russian fossil fuels to Europe.

Traveling in rigid hull inflatable boats (RHIB), kayaks and as swimmers, protesters from Denmark, Sweden, Norway, Finland, Netherlands and Germany on Sunday went in front of supertankers Waikiki and SFC Baltica in the Baltic Sea, displaying banners with “Oil Fuels War” as Greenpeace calls on Europe to reject and ban Russian fossil fuel imports to weaken the attack on Ukraine.

Mads Flarup Christensen, executive director of Greenpeace Nordic, said, “While people suffer in Ukraine and people in Russia take to the streets pleading for peace, Putin’s oil and gas is still arriving at European ports, contributing to his war chest. Supertankers crossing our seas with Russian oil and gas are still delivering fossils to Europe. If we want to stand for peace, we must stop this and urgently get off oil and gas.” 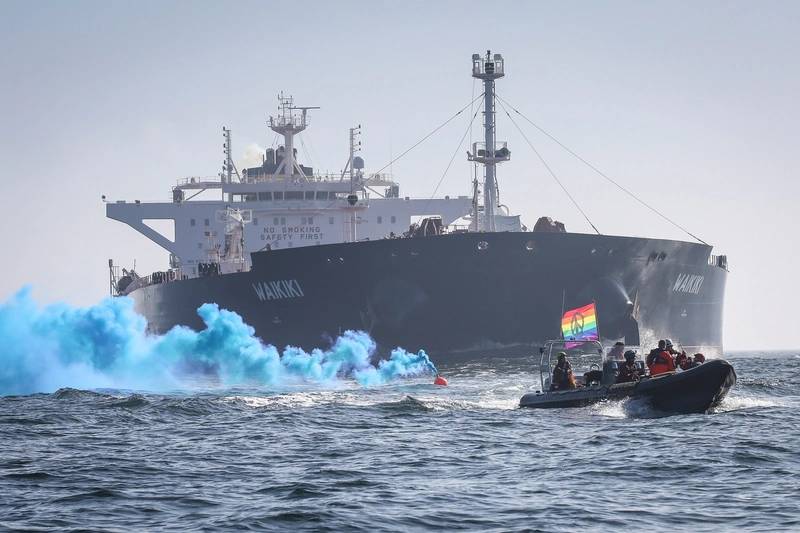 A new tracking service launched by Greenpeace UK has identified at least 189 supertankers carrying oil and gas from Russia since the start of its invasion of Ukraine on February 24, with 88 of them headed to Europe. Despite some countries declaring a ban on the arrival of Russian vessels, Russian cargo is still arriving via ships registered to other countries.

Russia is the largest source of the European Union’s fossil fuel imports. Europe spends up to $285 million per day on Russian oil, which funds Putin’s war effort, according to the Transport & Environment (T&E) thinktank.

Last week in France, Greenpeace activists confronted Russian liquefied natural gas (LNG) carrier Boris Vilkitsky at sea, and earlier this month 20 activists from Greenpeace Germany painted ‘No Coal’ and ‘No War’ on the side of the bulk carrier Grant T loaded with 100,000 tons of Russian coal as it approached the port of Hamburg.

Dockers in France, the U.K. and the Netherlands have already refused to unload fossil tankers coming from Russia. And the Swedish Dockworkers Union decided on Thursday to block ships from Russia. 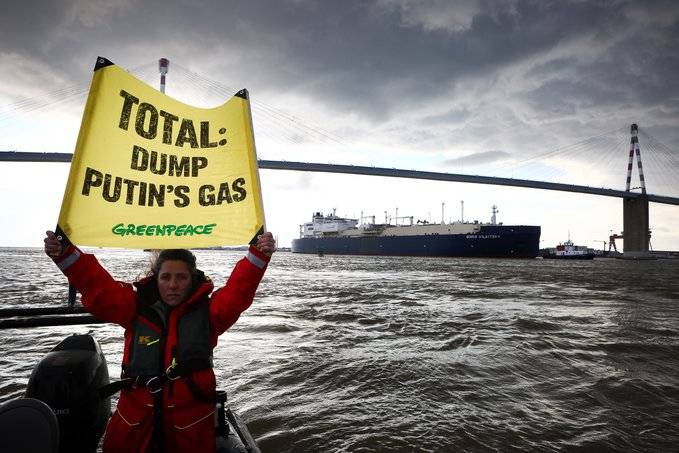