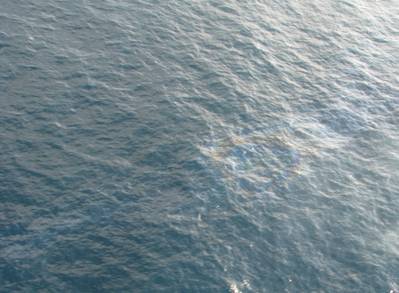 Clean-up crews worked on Wednesday to contain an oil spill in the Yellow Sea near the Chinese port city of Qingdao, a day after a tanker carrying around a million barrels of bitumen mix collided with a bulk vessel.

While a preliminary study by Chinese maritime officials estimated about 500 tonnes (3,420 barrels) of oil had been spilled, it was still unclear as to the how much had been emptied into the sea.

Here are some facts about oil spills and their impact on the environment.

Non-persistent oils, which include gasoline, light diesel oil and kerosene, will dissipate rapidly through evaporation although in high concentrations there is potential for acute toxicity to marine organisms, according to a report by ITOPF, a non-profit organization focused on providing response to oil spills by ships.

“Heavier oils and crude generally don’t evaporate much and instead of dispersing they form emulsions with the sea water, are much more persistent, spread further and will sink and become mixed with sediments or on coastlines will smother the beaches, rocks,” said Sian Prior, lead advisor with the Clean Arctic Alliance coalition, which has sought to ban the use of heavy fuel oil by ships in the sensitive Arctic region.

“Bacteria will work to degrade these oils too but it takes longer. These types of oil spills lead to much greater volumes of oiled material being retrieved as they coat anything.”

In terms of toxicity, specialists say bitumen heavy oils usually contain higher loads of many toxic components of oil than other grades.

“That area is an important area for feeding and spawning for a variety of sea life, including fish and shrimp. In recent years, whales and dolphins have also been observed in that area.”

A 2020 study found there were dense underwater kelp forests near Chaolian Island.

The extent of an oil spill’s impact at sea will also depend on how far it spreads and the effects of wind, temperature and current.

David Santillo, a U.K.-based scientist with Greenpeace, said much of the impact would depend on the grade of bitumen the tanker was carrying, but part of it was expected to sink to the sea floor.

“At the surface, this type of oil can be easier to contain and recover than some lighter oils, depending on conditions and if responses are immediate. But once subject to spreading and wave action, and when it washes up on shores, it can become as difficult as any oil spill,” he said.

“And once it is beneath the surface, whether at depth in the water or spread over the seabed, it makes recovery even more difficult, if not impossible.”