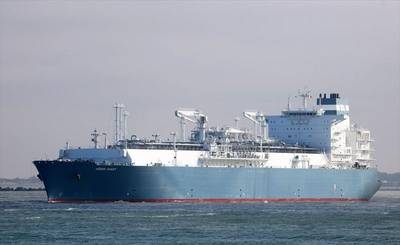 Höegh LNG announced on Monday that its president and CEO Sveinung J. S. Støhle is resigning to purse a career outside of Norway.

The Norwegian shipowner said Støhle gave his resignation notice on October 9 and that he will remain in his role until November 1.

Thor Jørgen Guttormsen will act as interim president and CEO effective November 1 and until a permanent successor is appointed.

An  LNG industry veteran with more than 25 years of experience in shipping and oil and gas, Støhle has worked for Höegh LNG since 2005. He served as director and chairman of the board of directors of Höegh LNG Partners LP since April 2014 but stepped down as a chairman when assuming the position as CEO of Höegh LNG Partners LP since August 2020. He previously held leadership positions with Total LNG USA, Inc., Golar LNG Limited and Nigeria LNG Limited as well as various positions with Elf Aquitaine.

Morten W. Høegh, Höegh LNG chairman, said, "On behalf of the Board of Directors, I want to express that we regret Sveinung’s decision, and that we thank him for his hard work and leadership in building Höegh LNG into the premier FSRU provider in the LNG industry. When Sveinung joined us in 2005 our LNG activities consisted of a small fleet of LNG carriers and Höegh LNG had not yet been established as a separate company. Sveinung led our entry into floating regas through the ordering of the SRV vessels, and subsequently through the substantial investment program of eight FSRUs and the creation of two stock-listed public entities. Sveinung’s clear vision and strong determination has been instrumental for Höegh LNG becoming the largest operator of FSRUs globally with a reputation for quality and impeccable operational performance."

Støhle said, “It has been a pleasure and a privilege to have been in charge of the Höegh LNG group’s development and I have worked with the most talented LNG team in the industry for the past 15 years. Höegh LNG is the clear leader in the FSRU business with strong growth prospects, and I am very proud of the accomplishments we have achieved together.”

Morten W. Høegh, chairman and Johan Pfeiffer, deputy chairman, said in a joint statement, “We are very pleased that Thor Jørgen Guttormsen has accepted to take over as interim president and CEO of Höegh LNG. Thor Jørgen knows the organization and business well and the board and shareholders have confidence he will ensure stability and progress in the period until a new CEO is in place. The board is in an early phase of a process to identify a permanent successor to the CEO role. Under new private ownership, with renewed energy and focus, Höegh LNG will continue the journey towards realizing our vision – to enable the transition to clean energy.”