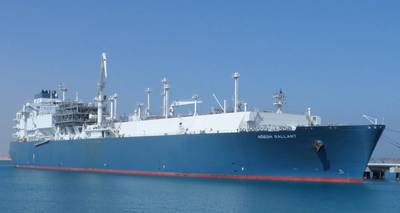 Oslo-listed LNG tanker operator Höegh LNG has reached an agreement with Trafigura for an extension of a charter for LNG carrier Hoegh Gannet. It also signed a new interim time charter for Höegh Gallant vessel with the same company.

The existing interim LNGC time charter for Höegh Gannet vessel has been extended by 12 months. The contract for Höegh Gallant is also for 12 months from the redelivery from its current charter at end of March 2021.

Further, Höegh LNG reached a deal with Cheniere to extend the existing interim time charter for the Höegh Galleon LNG vessel for 12 months.

"The three time charters include extension options for the charterers which can result in back-to-back employment with potential new
FSRU awards," Hoegh LNG said.

"With these charters the company's fleet is secured full contract coverage for 2021, with the exception of Höegh Esperanza where Höegh LNG is in discussions with the existing charterer on an extension from the expiry of the existing contract in June 2021.

"The company aims to secure an extension that potentially covers the period until Höegh Esperanza is planned to be employed on a long-term FSRU contract. Höegh Esperanza is, conditional on a final investment decision being made, selected for AGL's Crib Point FSRU project in Australia," Hoegh LNG said.

President and Chief Executive Officer of Höegh LNG Sveinung J.S. Støhle says: "We are off to a very good start for 2021 with these charters in place, taking advantage of the seasonally strong LNGC market to bridge the interim period with solid counterparties."